BhairavaGeetha Has Love With Violence 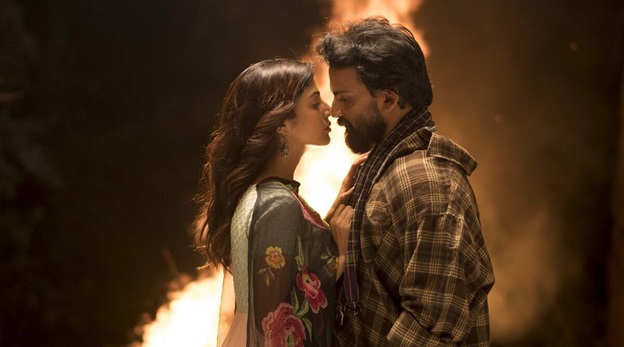 After the pandemic wave, people have reduced their visits to theatres and shifted towards the use of OTT platforms. You can watch your favorite Movies and explore new genres along with the app’s recommendation. If you’re a fan of South-Indian movies, watch Tamil, Kannada, or Telugu movies online on one of the best OTT platforms known as the Aha. It is a fantastic app that suggests movies with blends of romance, violence, drama, etc. One of the top-rated and most-streamed movie based on love and violence is:

It is a film based on love with violence made by the Kannada film industry to ensure a complete pack of entertainment for the audience or viewers. The movie is dubbed and available in the Telugu language. With a delay in its first release, the production team finally released it on 14 December 2018 with an on-screen running time of 129 minutes. Ram Gopal Verma and Ram Vamsi Krishna had combined their creativity with writing the script for this movie. The film is directed by the talented South director SiddharthThatholu. BhaskarRashi and Ram Gopal Verma produced this movie under the banner of their production team Rashi Combines. With an amazing cast and crew, the film made justice to its characters. The movie cast includes Dhananjay as Bhairava, BalaRajwadi as Geetha’s father, IrraMor as Geetha, and many more.

The film portrays brilliant cinematography with the perfect quality shade and filters, done by JagdeeshCheekati. Ravi Shankar composed the music of this movie. The editing for the film is done by Ali Anwar. With an’ A’ certificate from the censor board, the movie greatly impacted its plot on the audience.

The film’s plot revolves around the traditional concept of love and drama, where the girl’s father disapproves of her daughter’s love with a man of her choice. In the film, a couple escapes the bond and native place of the girl’s father to settle for a happy life. Here the girl is Geetha, a graduate student who returned to her village after the completion of her course. In the village, she meets the love of her life. His name is Bhairava, a handsome and strong man who worked as a henchman for Geetha’s father. Geetha’s father is the chieftain of the village and possesses significant influence in society.

After discovering the fact that his daughter is in love with a man not equal to their status, position, and wealth, he becomes ferocious. The anger of Geetha’s father pledged to kill Bhairava. When the couple received an alert about this imposed threat on Bhairava’s life, they decided to escape as they had no other option. After their attempt to escape, the movie turns out to take violent turns. The couple faced a lot of challenges in their way to escape. Bhairava had to fight off the goons to teach them a lesson.

Check out the complete movie to its climax and how Geetha and Bhairava end up. If you want to watch the most amazing love and action movies online on a single video, then do watch this film on the Aha app.